Zoom fatigue, lockdown houses and a defence of journalism

In a month in which government slogans became memes as soon as they were released, a video spoofing the new lockdown advertising clichés went viral, and the novelty wore off Zoom, I’ve been wondering if this is the “new normal” yet.

It’s interesting how quickly Zoom has become the default for any online activity, when there are sometimes better alternatives – many of which we were already using. Watching talks on Zoom, I’ve found myself very distracted by the other people in the audience (and yes, I do turn off my own video). Traditional webinar platforms might be better in these cases, but we are all learning.

Happily, the online Content Design course I’m doing – by the Government Digital Service via FutureLearn – does not use Zoom. It’s delivered via the traditional mix of articles, videos and quizzes. There’s also plenty of activity in the comments section at the end of each module, where participants can learn from each other. It almost makes it feel like an actual classroom (and yes, that’s a good thing in my book).

The course is fascinating, but I knew I was going to like it after I’d seen the introductory video. This said that content design is about “writing and analytical skills”: two of my favourite things.

LinkedIn feels uncharacteristically political at the moment, and that’s resulted in some uncharacteristic negativity – because LinkedIn, whether you like it or not, is normally relentlessly upbeat.

I’ve tried not to get involved, but after reading several posts where people have criticised the media, I felt obliged to reply. So I wrote an article called Yes, responsible journalism exists – and it needs your support.

The difference between Nigerian (refers to Nigeria – anglophone) and Nigerien (refers to Niger – francophone).  I was copy-editing an annual report for the Start Network when I came across this.

A new word: clusterbourach. Scots for omnishambles (or something less polite).  I was reading the Guardian when I came across this one.

Actor Andrew Scott has made a video reading Everything Is Going To Be Alright by Derek Mahon. Everyone loves it.

The “choose your quarantine house” meme (or “lockdown house” if you’re in the UK) is doing the rounds. Even Christian Aid posted one on Facebook, as a way of advertising a Christian Aid Week event. (I chose house 7, in case you’re wondering.) 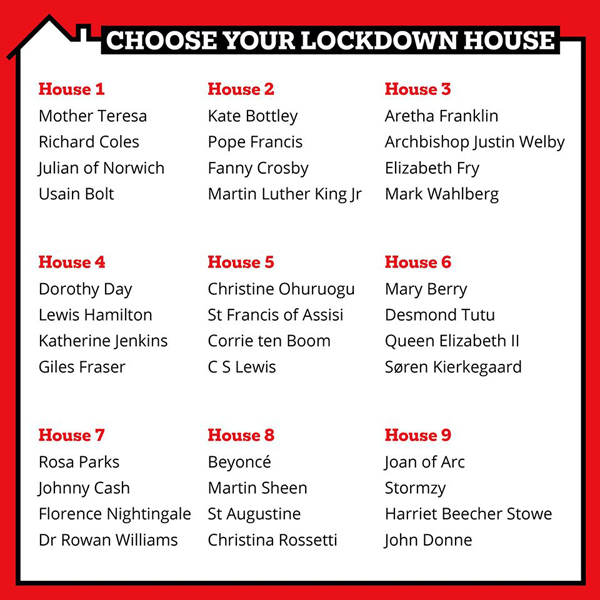