↓ Skip to Main Content
Home › Communications › Tech, sustainability and food: what I learnt in January

Tech, sustainability and food: what I learnt in January

January is a good time for a holiday.

Things are feeling a bit momentous today, and not just because it’s the end of the first month of the new decade.

This is my first blog of the year: I’ve stopped doing weeknotes so I suppose this monthly roundup could be called a ‘worknote’. So here are a few highlights from January.

Oxford Technology and Media Network: the first event in their ‘10 Years to Save The World’ series was an interview with ‘humanitarian designer’ Vinay Gupta.

What I learnt: There are simple ways to save the world (refugee shelters) and complex ones (blockchain technology).

What I learnt: being small is your secret weapon, because you can act quickly to capitalise on trends. (I also liked Helen’s image of content ‘legacy mess’ being like a plate of spaghetti.)

Creative Meetup: an informal round-table for sharing questions and ideas.

What I learnt: some of my fellow creatives have got some really inspiring ideas. Can’t say anything yet but I hope to spread the word when the time comes.

Women in Sustainability Oxford: the theme was Food in the Future: Where is it all heading?

We heard about food systems globally and locally. Dr Monika Zurek told us about the research on food systems being done at Oxford University’s Environmental Change Institute, and we also heard from Oxford Food Bank, which collects and redistributes surplus food, and Good Food Oxford, a sustainable food network.

What I learnt: a change in one part of a system causes change elsewhere, so maybe we shouldn’t all go vegan all at once.  Also, you can now make 3-D printed cookies.

Copy-editing a 30,000-word report on South Sudanese NGOs. I learnt a lot!

This one from Jonathon Colman.

It also works for copy-editing! 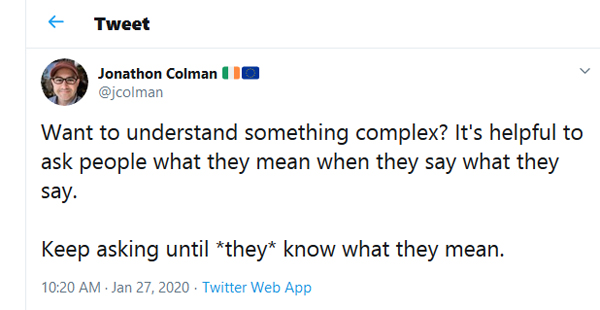 As I write this, Led By Donkeys are trending on Twitter.

If you haven’t come across them before, they call themselves “a Brexit accountability project”, and they’ve been running a crowdfunded advertising campaign highlighting the, let’s say, inconsistencies in things that politicians have said about leaving the EU.

Their swansong has been a projection onto the white cliffs of Dover featuring two World War II veterans and the European flag. It’s very moving.

As it happens, I’ve just been reading their book (also called Led By Donkeys), which tells the story of this almost accidental campaign. The story was that it was dreamed up in the pub by four ordinary dads, but that’s not quite true: the individuals in question – who broke their anonymity in an interview with the Observer – do have backgrounds in campaigning (I’ve actually met one of them). However, this was an amateur operation carried out in between day jobs and family commitments.

Apologies to any pro-Brexit readers – Oxford is an internationalist city and I am in a bit of a ‘remainer’ bubble here –  but it’s a fascinating read for anyone involved in campaigning. 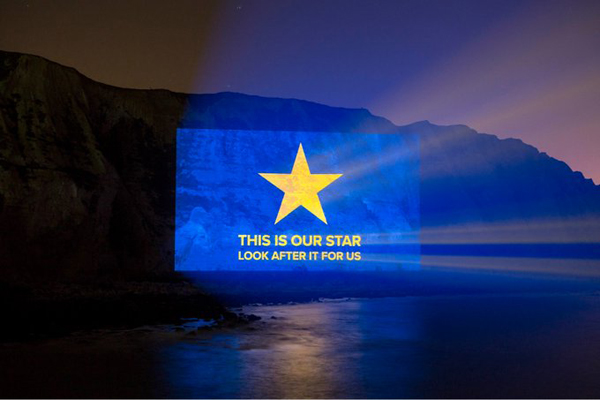