Weeknote 20: Sustainable development, tech in Oxford and why you need subeditors 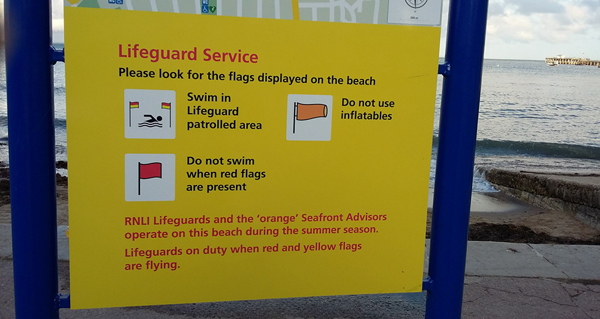 A job title I haven’t heard before: Seafront Advisors

The International Institute for Environment and Development (IIED) is an independent research organisation that focuses on sustainable development. That’s right up my street, so I was happy to be asked to do some web editing for them.

And I’ve already learnt a lot: how agroforestry can build climate resilience, the growth of impact investing and how clean energy can ensure cleaner air in rapidly urbanising countries.

I also learnt a new word: ‘purposewash’ (the new greenwash).

I’m also doing some work as production editor on the online news outlet TechTribe Oxford. It’s a new initiative with a novel approach: proper independent journalism. They cover a broad niche, mainly tech stories with a business angle – ‘innovation’, in the jargon. They’re in the right place at the right time because there’s lots going on. I’m particularly interested in the ‘creativetech’ and ‘envirotech’ stories so I’m watching that space.

2. Sat on a broken-down train for two hours

We were only going to Oxford – it should have taken 15 minutes. After a stream of conflicting information, at some point in the evening the train manager told us: ‘I’m sorry. This is getting ridiculous.’

That’s not as bad, though as Network Rail’s ‘Disruption’ page which told us to follow the hashtag #Oxford for updates – a hashtag in which railway information is easily lost among news of food, photographs, jobs and football.

The group, run by brand consultant Lucy Eckley, are a friendly bunch. Also, the food at the George Street Social was excellent.

I had a few days in Swanage as a last-chance summer holiday, hence the photo at the top of this post (and hence the gap since the last weeknote). I liked the notion of Seafront Advisors as a sort of lifeguard, second class.

The editor of The Herald wrote an article explaining why they are cutting subeditors. Cue euphemisms like ‘streamlined production process’ and ‘getting it right first time’.

Journalist Alex Massie pointed out on Twitter: ‘Subs take their revenge by not subbing his piece at all.’ It’s a wonderful thread, particularly when others join in.